A contingent of folks from from Transition Palo Alto and Transition Silicon Valley joined other Transitioners from all round Northern California for the first ever Northern California Regional Transition Conference in Richmond. People came from as far as Humbolt, Nevada City, and Santa Cruz to meet with each others, learn about what’s happening in other communities, and get ideas on how to work effectively to build strong local communities.

The challenges and opportunities we all face were beautifully symbolized by the location of the event.  Hosted at the old Ford plant in Richmond, attendees were delighted to step in from an industrial landscape to the Buddhas by the Bay museum where the conference was held, to be surrounded by rooms with beautiful and spiritually uplifting Buddha statues and other artifacts from all over the world.

Attendees learned about how the Transition movement is growing around the world and some of the inspiring work that various Transition initiatives are doing, from seed banks and local currencies to involvement in local government and sharing of food, clothing, and crafts. In addition to sponsoring their own projects and events many initiatives are working with other social action and faith-based organizations to  further extend Transition ideas.

At the conference, our own folks from Transition Silicon Valley and Transition Palo Alto hosted an Open Space session on Resilient Lifestyles. This is a new TSV project with the goal of supporting people who are looking for alternative lifestyles and livelihoods that break away from the corporate rat race. If you’d like to get involved in the project, you can join the new Yahoo group we’ve set up, http://groups.yahoo.com/group/tsv_resilientlifestyles

If you want to learn more about the Northern California regional group, you can get information by going to the Transition US website at http://www.transitionus.org. 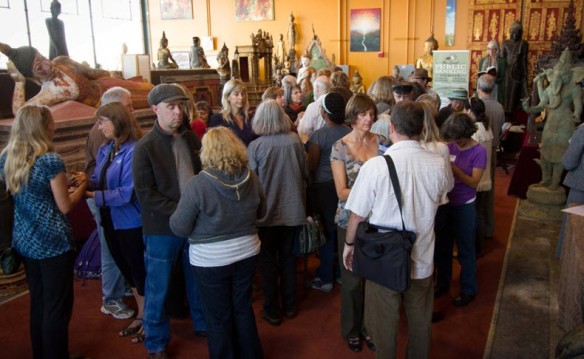